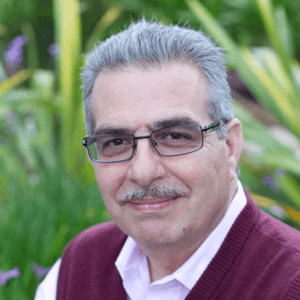 Valli founded ABA Personnel Services in 1986 with the goal of providing more effective and personalized staffing services. He realized that both accuracy and speed were essential to meeting his clients’ needs, so ABA became one of the first agencies to use personal computers in the sourcing, recruiting, and placing of candidates. Under Valli’s leadership, ABA quickly grew into a multi-branch agency employing thousands of temporary workers (as many as 1,400 hires per year) across multiple industries and achieved Inc. 500 as one of the fastest-growing companies in America. By 1992, ABA Personnel had become ABA Search & Staffing with an emphasis on search and placement. As president, Valli guided the agency into the more specialized areas of Innovative IT, Engineering, and Legal as the company continued to diversify. In 2020, ABA Search was recognized by Forbes to be one of America’s Best Recruiting Firms in both the Professional Search (#37) and Executive Search (#124) categories! ABA Search is one of only 69 top-performing firms in America awarded in both categories!

Born in Philadelphia, Valli attended prep school at Tabor Academy, a naval honor school on the coast of Massachusetts.  He went on to earn a BA in communications from the University of New Hampshire, followed by his MBA from Suffolk University in Boston.  His career in staffing started in 1982 when he joined Adia Personnel (now Adecco) as a sales professional in San Francisco.  He was promoted to Branch Manager in 1984 and, in that role, Valli opened and managed a local Adia office, which he rapidly built into the 8th most profitable branch of more than 500 Adia offices nationwide.

Valli lives in Hillsborough, CA with his wife, Mandy (ABA’s President).  With their two sons out of college and pursuing careers in other cities, they’d be empty nesters if not for their black Lab, Sargent Pepper, keeping them on their toes.

Favorite things to do in the Bay Area: Hiking in Purisima Creek Redwoods Park, gardening (Persian fruit trees and roses!), and snow skiing.

Favorite quote: “I go to a synagogue, church, and mosque, and I see the same spirit at the same altar.” – Rumi